Base Stats for Rillaboom
Grass

Abilities:
OvergrowOvergrow: At 1/3 or less of its max HP, this Pokemon's attacking stat is 1.5x with Grass attacks.
,
Grassy SurgeGrassy Surge: On switch-in, this Pokemon summons Grassy Terrain.

What is a good competitive moveset for Rillaboom? These builds have been optimized for Pokemon competing in Sword/Shield Single Battles. The movesets and EVs have been specifically calibrated to deal the most amount of damage to the largest group of potentially common opponents and typing threats for the Sword/Shield generation metagame.
Common single-battle team mates for Rillaboom in Pokemon Sword/Shield:
PrimarinaMarowak-AlolaTalonflamePolitoedLaprasKingdraCorviknightUrshifuChandelureDurant

Rillaboom is a decent Grass-typed Pokemon. It's normal to find yourself dealing with Rillaboom when battling in the 8th generation meta. Rillaboom is weak to Bug, Fire, Flying, Ice, and Poison-typed attacks.

Rillaboom is an astounding Physical Sweeper. It is meant to take down the opponent's team with brute physical power. With Grassy Surge, on switch-in Rillaboom summons grassy terrain.

Rillaboom is an interesting Physical Sweeper. It's meant to take down the opponent's team with brute physical power. Focus Sash helps protect Rillaboom from being one-shotted and allowing it to atleast use a crucial move when brought out. With Grassy Surge, on switch-in Rillaboom summons grassy terrain.

What is a good doubles moveset for Rillaboom? These builds have been optimized for Sword/Shield Double Battles. They have movesets and EVs specifically calibrated to generally work best versus multiple Pokemon at once as well as helping to support other team members and allys in the Sword/Shield generation metagame.
Common double-battle team mates for Rillaboom in Pokemon Sword/Shield:
MandibuzzSeismitoadRotom-HeatZeraoraTogekissGastrodonHattereneCentiskorchCopperajahKeldeo

Rillaboom is an outstanding Physical Sweeper. It is meant to take down the opponent's team with brute physical power. Focus Sash helps protect Rillaboom from being one-shotted and allowing it to atleast use a crucial move when brought out. With Grassy Surge, on switch-in Rillaboom summons grassy terrain.

Wondering what moves can Rillaboom learn? Here is the list of moves this Pokemon can learn in this selected generation.
Sort and organize the learnset by move type, category, accuracy, and power. Bolded moves will gain the same-type attack bonus (STAB) if this Pokemon uses them.
Category Filter: Filter movelist to show only Physical, Special, or Status moves

Damage Modifiers:
Type-matchup: Sort through and determine which moves would best work versus an opponent of the typing you select.
|


Note: The damage listed here under Versus is not actually calculated using the in-game damage formula. It is simply calculated using typing weaknesses and resistances from the selected type-matchup modifier along with STAB (if applied) to help sort through and give a general idea as to how powerful certain moves might be towards that selected typing after modifiers are applied. Several moves listed here may have additional effects that might alter actual damage output which are not factored on this specific list. Use damage calculators to find actual damage amounts.

These are a list of several common move combinations Rillaboom can perform in Sword/Shield. Not every combo going to be game-changing, but some can be pretty fun to play with. Sometimes these can be easily overlooked or forgotten, hence why we find and list them here. Discover what items, abilities, and moves this Pokemon can use in combination with each other to gain a strategic advantage in competitive battles.

Here are various how-to-use and competitive moveset analysis video guides for Rillaboom in Sword/Shield. These featured videos will most likely contain additional strategies and combos not listed on our site. Disclaimer: All videos belong to their respective owners along with the views, thoughts, and opinions expressed in the videos. They belong solely to the author and not to us. 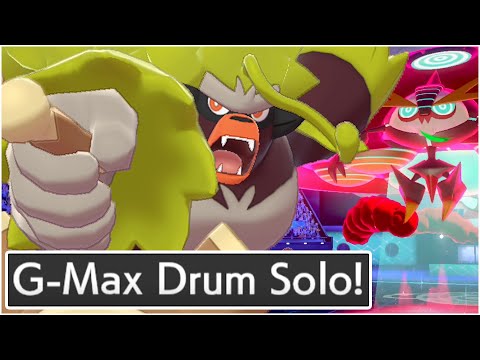 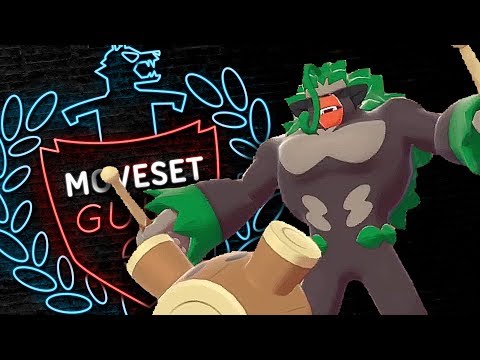